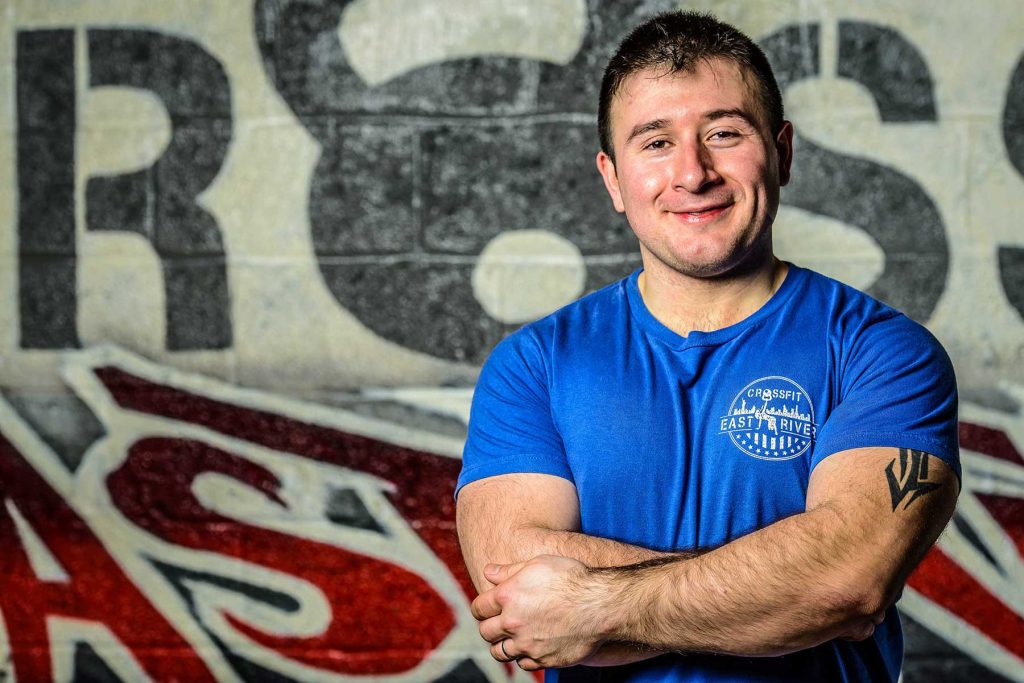 Eric completed the CrossFit Level 1 course in 2011 and the CrossFit CPC, now Level 2, in 2013. He has also completed the USA Weightlifting Level 1, CrossFit Competitor, CrossFit Endurance, and CrossFit Kettlebell Trainer courses and has attended numerous other fitness seminars and events. He is trained as a NYS Certified First Responder and has a bachelors in business from NYU Stern.

Eric Leon believes that whatever your fitness goals are, CrossFit is the most effective way to get there. For Eric, it was the pursuit of functional fitness that led him to CrossFit.

Eric first stumbled upon CrossFit.com sometime in 2008 while looking for a way to prepare to for the Army’s Airborne School. Eric did graduate Airborne School in 2008, and has never parachuted out of a plane since. He later joined a real CrossFit affiliate, CrossFit 516, in 2010. While deployed to Afghanistan in 2012 he had the privilege of being part of CrossFit Salerno, a not for profit military affiliate, where he had the chance to workout with some really good dudes.

Through his dedication, and always making sure there is some time for a good CrossFit WOD (workout of the day), Eric continues to reap the benefits of a healthy lifestyle and well-being. This well-being is the ultimate goal of CrossFit, and Eric thinks that is something worth sharing.